« Read more in: Children, Did You Know?

Find out more about or buy HISTORY HEROES CHILDREN

Famous For: Being the first deaf and blind person to learn to read and write… then a Bachelor of Arts Degree. She dedicated her life to improving the lives of blind and deaf people

Helen Keller was born on the 27th June 1880 in a small town in Alabama. The first nineteen months of her life were uneventful. In 1882, however, she fell ill – it’s not clear whether she contracted scarlet fever or meningitis. The illness left her deaf and blind and unable to communicate at all.

Helen Keller became a wild thing. Her parents soon were at their wits’ end. No one seemed able to control or help the child. In 1886 Helen’s mother, Kate turned to the great Alexander Graham Bell for help. He had worked for many years with deaf children. He suggested Helen’s mother contact the Massachusetts Ayslum for the Blind for advice and support. The Asylum sent a partially sighted teacher, Anne Sullivan, to Alabama to help with Helen.

Anne Sullivan patiently spent months trying to teach Helen to communicate by spelling words out on her hand. Progress was extremely slow until the day Anne Sullivan put Helen’s hand under a water pump and spelled out the word ‘water’ in one hand as the water splashed on to Helen’s other hand. A lightbulb went on in Helen Keller’s head and she soon revealed herself to be extremely bright. Helen was 6 years old. She later described herself as ‘less than an animal’ until she learned to communicate at that point.

Helen Keller went from strength to strength with Anne Sullivan’s guidance and support. She learnt to read and write, using braille (invented by another one of our CHILDREN heroes: Louis Braille! ). In 1900, Helen Keller entered Radcliffe College. By 1904 she had become the first deaf-blind person to earn a Bachelor of Arts Degree.

Keller went on to write several books about her life and dedicated herself to fundraising and working tirelessly to improve life for blind and deaf people around the world. Mark Twain pronounced Helen Keller and Napoleon the ‘most interesting people of the nineteenth century’. Keller wrote several books about her life, including the hugely acclaimed, ‘The Story of My Life’. She and Anne Sullivan remained devoted to each other and their ashes were laid next to each other in death.

FIND OUT MORE AND BUY THE GAME HERE 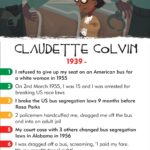 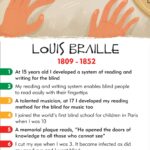 Louis Braille is 1 of History Heroes: CHILDREN heroes. Read how he revolutionised reading & writing for the blind when only 15 years old