Thomas Huxley is 1 of History Heroes SCIENTISTS. He was born on the 4th May 1825 and is often described as ‘Darwin’s Bulldog’. Thomas Huxley was a formidable and early supporter of Charles Darwin’s theory of evolution. 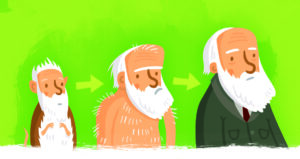 Like many others, at first Huxley rejected Darwin’s ideas. Then, when he did come round to the concept of evolution, he said, ‘How stupid not to think of that’. Thomas Huxley earned his name as ‘Darwin’s Bulldog’ after a fierce debate at Oxford in June 1860. He found himself pitted against a powerful opponent of evolution,  the Bishop of Oxford, Samuel Wilberforce. The bishop was nicknamed ‘Soapy Sam’ due to his clever, slippery debating skills! At one point in the debate, Wilberforce famously asked Thomas Huxley if he had descended from an ape on his grandmother’s or grandfather’s side. The implied insult was both subtle and clear.Thomas Huxley calmly trounced the archbishop by replying, “I would rather be the offspring of apes than a man…(and)…afraid to face the truth”

A Respected Scientist & the Founder of a Dynasty: 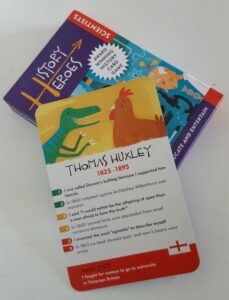 But Thomas Huxley was much more than just a fervent supporter of Charles Darwin. He was a highly respected scientist and biologist in his own right. In fact he went further than Charles Darwin’s theory of evolution. In 1863 he published a book, showing apes’ and men’s brains were similar. Darwin had never taken that hugely controversial next step to make such a clear connection between ape and man. In 1868 Thomas Huxley proved birds were descended from small carnivore dinosaurs. Huxley was unusual among his peers. Most naturalists of his era began as affluent amateurs. Thomas Huxley had not come from a well off background however. He worked his way up to being a doctor and professional biologist. Perhaps as a result, Huxley fought hard for the professionalism of science during his lifetime. He also campaigned for women to be able to go to university in Victorian Britain. Rather impressively he also coined the word ‘agnostic’ to describe himself…and countless others since!

Thomas Huxley clearly led by example for he founded a formidable dynasty in his wake. His children were noteworthy and among his grandchildren was a Nobel Prize winner and the writer, Aldous Huxley. 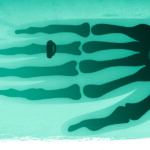 We should all know about Wilhelm Rontgen

Wilhelm Rontgen was a scientist who has affected ALL our lives but about whom we know little. Read why