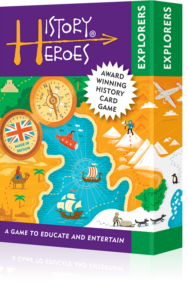 Find out more about or buy HISTORY HEROES EXPLORERS

Famous for: Being the ‘greatest scientific traveller who ever lived

Alexander and his brother Wilhelm were raised by their mother after the death of their father in 1779 when Alexander was only 9.  Alexander was tutored at home and enjoyed collecting different plants, insects and shells. He went to the University of Gottingen which had been founded in 1734 by King George II, it was here, that his interest in the world of science really began. Between 1790 and 1792 he studies mineralogy and geology at the recently established (1766)  School of Mines in Frieberg. He studied hard and spent mornings underground in the mines and in the afternoons he would scour the country for plants.

When Alexandra was 29 his mother died and with this new financial independence he began to plan his first voyage to South America – countries now known as Venezuela, Cuba, Columbia, Ecuador, Peru and Mexico. Later voyages included trips to Asia.

He climbed the Andes in 1800 and mapped over 1700 miles of the Orinoco River. He discovered a current in the Pacific, which is now named after him. So are the penguins that were discovered, swimming in that current – Humboldt penguins along with the several species of flora and fauna named after him too. Humboldt’s life as an explorer yielded countless discoveries. 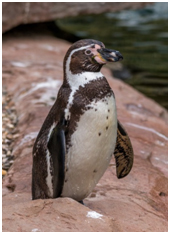 Humboldt can also be described as a visionary. He discovered similarities between climate zones across the world. He predicted human-induced climate change. He was the first person to realise that mountain sickness was the result of lack of oxygen at high altitude. Humboldt was seen as one of the greatest explorers and scientists of his age. Strange then, that he is not better known or recognised in history. His discoveries and theories were revolutionary and ground breaking in the first half of the nineteenth century, when he lived. Could it be that Humboldt’s thoughts were so modern in scope that we almost take them for granted now?

FIND OUT MORE AND BUY THE GAME HERE 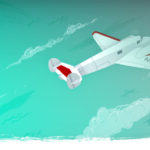 Amelia Earhart is one of our Explorer Heroes in History Heroes’ card game: Explorers & would be 117 today, 24th July

Gertrude Bell, one of History Heroes’ Explorer Heroes, was born today,14th July, in 1868.