« Read more in: Did You Know?, Women in history 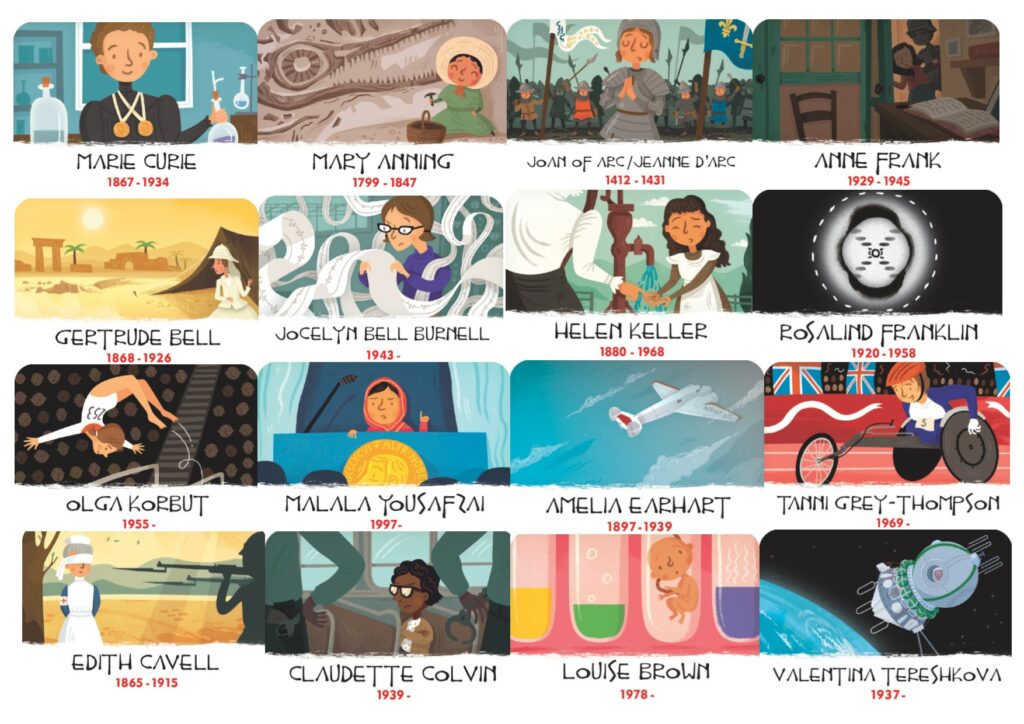 Some of History Heroes’ Women in History

We couldn’t fit in all the Women in History that History Heroes celebrates in their card games. We’ve picked a few here in honour of International Women’s Day. Many will need no introduction.  All have played a huge part in history. A few, like Anne Frank and Louise Brown, have made history through circumstance: We all know Anne Frank through her WW2 diary. Louise Brown was the first test tube baby in 1978. Since then over 5 million IVF babies like her have been born.

Other women in history have been incredibly brave and suffered for it: Claudette Colvin in the Civil Rights movement, Edith Cavell in WW1 and Joan of Arc. The 17 year old peasant girl led an army for the King of France in 1429. She was burnt at the stake in 1431 for her supposed sins. Probably small consolation for her, but she did  become a saint in 1920 and Patron Saint of France posthumously!

Anning enjoyed recognition in her lifetime and all of our chosen women in history have eventually been reasonably well acknowledged. Most of their names do not trip off our tongues in the same way as their male equivalents however. For some, such as Jocelyn Bell Burnell and famously Rosalind Franklin, it took much longer than it should have for the world to acknowledge their enormous contributions. So let us use International Women’s Day wisely and take every opportunity to celebrate them all!