We should all know about Wilhelm Rontgen

We should all know about Wilhelm Rontgen – he’s a scientist, who, here at History Heroes, we can guarantee has affected ALL our lives for the better.

In 1895 Wilhelm Rontgen discovered X-rays. You can read more about how he did so here: http://www.nobelprize.org/nobel_prizes/physics/laureates/1901/rontgen-bio.html 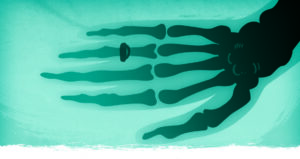 What’s interesting about Rontgen is how he, as many other of our History Heroes Scientists, such as Albert Einstein too, struggled to fit in at school and was not earmarked early for success.

In fact poor Rontgen was expelled from his school unfairly, wrongly accused of having drawn a caricature of one of his teachers.

Maybe his early academic struggles contributed significantly to Rontgen’s spectacularly modest and generous approach to his academic work. Rontgen contributed enormously to science in many different ways but his unique, ground-breaking discovery, for which he won the FIRST Nobel Prize in 1901 was the X-ray.  When he took the first x-rays of his wife’s hand, the images were called Rontgenograms after him. Rontgen, refused to claim them as his own,however, and renamed them as X-rays. The nature of the images was at that point still unknown and ‘x’ was (and is) the mathematical symbol for ‘unknown’.

Not only did Rontgen refuse eponymous credit for X-rays, but he also refused to patent his discovery and gave his Nobel Prize money to his university, both acts of extraordinary generosity. He also insisted that all his scientific correspondence was destroyed after he died.  His determination to have no fuss made of him is why so few of us know about him today, but we really should do. Apart from anything else, if he had patented ‘Rontgenograms’, he would have immediately raised the cost of any medicine and science, which relied upon X-rays, and so limited or at least delayed the development of science in general. We like Rontgen!