History Heroes & Nobel Prizes: No, History Heroes hasn’t won a Nobel Prize yet…we don’t believe in limiting our ambitions though so we haven’t ruled the possibility out! Our History Heroes Scientists, however, have quite a few Nobel Prizes among them: 17 to be exact, which isn’t bad going, especially as 16 of our History Heroes scientists were ineligible, having lived and worked in the years before Alfred Nobel started awarding his prizes in 1901.

We had a look at some of History Heroes’ Nobel Prize winners and some other interesting facts about Nobel Prizes:

There have only ever been 4 individuals who have won the Nobel Prize twice: 3 of them are History Heroes’ scientists. 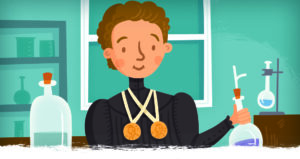 The first is Marie Curie, who was the first PERSON to win 2 Nobel Prizes twice 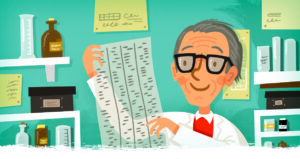 Frederick Sanger: ‘a chap who messed about in his lab’…& won 2 Nobel Prizes

The second is Frederick Sanger, who won the Nobel Prize for Chemistry twice, but described himself simply as ‘a chap who messed about in his lab’;

and the third is Linus Pauling, who is the only person to have won two UNSHARED Nobel Prizes: one was for Chemistry and the other one was the Nobel Peace Prize in 1962 for campaigning against nuclear warfare. All three double winners. 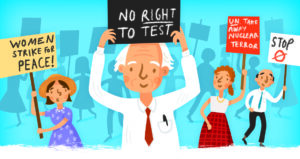 Two time Nobel Prize winner, he was treated like a traitor in the McCarthy Era

The Nobel Prize was first awarded in 1901 to, among others, William Rontgen – 1 of our History Heroes Scientists of course: Rontgen discovered X-rays – a fairly key discovery! Since then 864 laureates and 25 organisations have been awarded the Nobel Prize up until 2014 and guess how many went to women? 47. Let us refer you back, then, to Marie Curie, who didn’t just win one Nobel Prize, but two AND she was the first person to do so. It’s hard to over-emphasise her personal achievements, let alone her actual contribution to science.

That doesn’t belittle, of course, those who didn’t receive Nobel Prizes for their work in science. 5 of History Heroes’ 7 female scientists did receive Nobel Prizes for their work: Barbara McClintock; Elizabeth Blackburn; Irene Joliot-Curie (Marie Curie’s daughter – another of her achievements!), Dorothy Hodgkin and, of course, Marie Curie. 2, however, were considered to have been robbed of theirs: we have heard from the ‘horse’s mouth’ that Jocelyn Bell Burnell’s teachers took the credit and the Nobel Prize for her work on pulsars – Bell Burnell confirmed this with grace and much good humour in a lecture recently about her work on pulsars.

Rosalind Franklin was another female scientist, who is considered to have been cheated of a Nobel Prize. Franklin was, of course, 1 of the 4 scientists credited with working out the structure of DNA. The 3 other scientists – Crick, Watson & Wilkins all received the Nobel Prize for their work in 1962. Franklin, having died in 1958, did not receive the Nobel Prize because the Nobel Prize was not awarded posthumously. In fact, it had been awarded posthumously twice by then – once, only the year before in 1961 – so it does seems a little churlish to have denied Franklin equal billing with her DNA colleagues.

But…we’re not bitter. We love our History Heroes Scientists with and without awards and we salute Alfred Nobel too, who set up and funded the Nobel Prize Awards and who was an amazing human being: both a pacifist and the man, who invented dynamite – a cracking combination!